Date: Late summer 1640
Location: The White Wind, en route from Penzance to the island of Sirenswail
Cast: Shio the Alice, Gundislavus the Magic-User, Helga of the Ulvenbrigad, Harold the Mule

Previously: Ambushed by a child vampire of the Heart faction native to Shio's "Underland", our party tends to wounds and prepare to search for it, hiding in maggot form in the hold.

Presently: The sound of the struggle awoke a drunken sot passed out behind a stack of supplies. He introduced himself as Gundislavus, described by Dylan as Dan Harmon in wizard clothes. He questioned their panicked state, and was further puzzled by their explanation in his recently-awoken, still hung-over state. Nevertheless, he was convinced of their truthfulness, because why would you not take the word of an absentminded youth, one-armed Amazon warrior and mule which seemed to be huffing and puffing in a fashion remarkably similar to a human biting their tongue in the presence of fools.

Gundislavus was apparently the loquacious type, asking a number of prevaricating but congenial questions of no obvious value, such as "Where is Ireland?", "What is Ireland?" and "Why does that mule have pink ankles?". He was persuaded by the urgency of the brusque Amazon and what sounded like a muttered complaint that could have come from the mule to lend his efforts to their search for the maggots, vampire, child, or whatever it was. Gundislavus was not sure he understood. He just figured he'd help if it meant he didn't get smacked with a morningstar.Searching in vain, as maggots can be quite hard to find among the grooves of grimy floorboards, Gundislavus had a flash of brilliance. Surely, a fish could help! Fish ate insects and grubs and such! All he needed was a fish. Heading above deck, as he was the only one who had actually paid for passage, he made a mumbling and nonsensical case to a sailor that he needed something to fish with and was humored. In short order, he had the fish he needed. 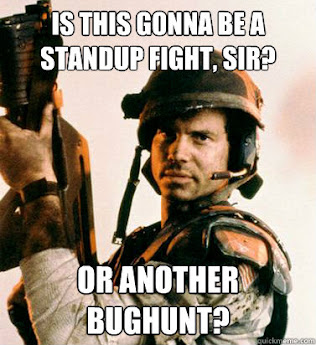 Phase two of operation Fish Find The Maggots began. Gundislavus struck it with a club, dealing a blow which would have killed it instantly. However, this was not his immediate intent. He cast Extinction Debt, granting the fish a brief reprieve from death until mere moments later, when he triggered the effects of the spell to render it into a spirit-slave under his command. While it had gained no intelligence in this transformation, it did still have its instincts for finding food and a newly acquired ability to fly and phase through objects.

Chasing the disparate maggots throughout the floorboards, they wriggled into a mass which then transformed once again into the form of a common playing card, a six of Hearts. This trick was known to Shio and Harold, and they took the card, which then forced its hand (pun intended) into changing back into its true form, although it had not completed its healing process. The group wrestled its wooden misericorde dagger from it and staked it through the heart.

Having dealt with the Heart (campaign child murder count: 3), Gundislavus, Shio, Helga, and Harold got to know each other. Shio explained her ingress to the boat through a door, Harold explained his ability to talk and his erstwhile guardianship of Shio, Helga explained she was gonna fucking kill some shit to get over the death of her wolf-sister, and Gundislavus took all of this in stride while sobering up. After all, he could summon ghost fish, why shouldn't all this Underland nonsense be just as valid?

One thing remained, which was to secure Shio's safe passage on the ship as she was, after all, a stowaway. Gundislavus escorted her to the deck and paid her passage, but Shio's babble was not as well-accepted by Captain Rennie or his crew. She was unfamiliar with the social cues of this world, and dug herself ever-deeper until she sent below deck. Even this was insufficient to silence her, and a frustrated sailor tossed the contents of a chamber pot down onto her. The others left her to her stench in solitude for the remainder of the journey. 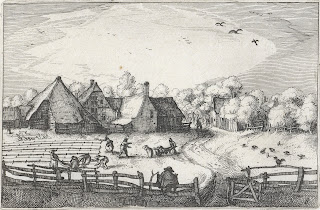 The White Wind approached Sirenswail, given its name by a tragic shipwreck. The locals, however, refer to it only as The Island. The ship dropped anchor away from the coast, as shallow waters did not allow for large craft to dock on the island itself. While rowing, the boat was greeted by a beautiful young woman who introduced herself as Sarah and seemed happy to see new faces coming to the Island, expressing interest in hearing of the journeys that had brought them there.

At the dock, they were greeted by Lord Arthur Marvale, a welcoming and rotund figure, who wasted no time in sharing his pagan and magic-friendly views. The party accompanied him up a path past fertile fields of wheat and groves of fruit trees, towards what appeared to be an idyllic crop of small plaster houses. The people of the Island could not wait to meet them.