Here comes more inspiration and recommendation. This time around, it's archetypes, films so quintessentially and obviously weird that their relevancy to Weird storytelling should leave you with a gameable idea or two almost automatically.

November by Rainer Sarnet
This is a slow, black & white Estonian film. I'd probably characterize it as a European Kurosawa film in many ways (no samurai though). It has humor, horror and folklore all at once in a mix both incongruous and somehow elegant (think Rashomon). It's about common folk who use magic to control servant spirits called kratts made out of junk. They sell their souls to the devil to make these things, and they go mad and kill their masters every now and then anyway. What a deal.

So this movie is about people trying to solve simple problems with extreme solutions. Kind of like a Weird Magic spell! Magic, demons, plagues and ghosts are just facts of life and you work with them just like you would anything else. They're personified and can be interacted with and understood, on some level, for their similarity to humans with all their failings. And if you're smart enough to fool the devil, you don't have to till your field yourself anymore and you can just drink all day instead.

November has a proto-Brothers Grimm vibe. Folklore and cautionary tales that aren't really terrifying, even if they are meant to warn you about plagues and the devil and how not to get killed by your magic lawnmower. It's a balance we don't often strike in storytelling anymore because it has a sort of cognitive dissonance to it: Why would something that doesn't make sense be scary? But that's just how magical thinking works, and it can lend authenticity to the time period. Plus, hopefully you have the type of players who will fool the devil by squeezing seeds to sign his contract with fake blood.

The Descent by Neil Marshall
The Descent is minimalistic. It has a cabin-in-the-woods setup: a girls-only trip caving to try to bond and help the main character get over some really rough stuff. The characters themselves are archetypes, and developed in a balanced way that fleshes them out well enough and keeps the films momentum. The film itself takes place in a hellish subterranean domain that is at once natural and unbelievably alien; a threshold, an analog for the mythic underworld

Things start going badly in the cave, obviously. They're in over their heads, lost, there are a few cave-ins, and there are murder-monsters. We get some Veins of the Earth level caving. Wriggling, squeezing, claustrophobic navigation that will make you want to play up the terrain in your dungeons way more than you'd ever thought to before.

My favorite touch, though, is that there is a monster in every scene in the cave. The director took care to have lurker in every shot, subtly placed, adding to the sense of dread subliminally. The Ref should be thinking of what's going on behind the scenes and never let up. There is never nothing happening. Torches are burning, monsters are moving, enemies are plotting. Sometimes there is the more immediate, physical danger of a lurking threat, in which case signs should be pervasive. All the senses should be engaged, through bristling hair, smells of spoor, a breeze and clatter of travel nearby, so that the players are afraid of their enemies well before they strike and every moment until they know they're all dead and buried in a collapsed cave tunnel. This is Gygax's "strict time records" in action, the monsters are wandering and stalking, the fear is unknown but ever-present. This film is D&D as fuck.

The Dark Crystal by Jim Henson
They don't all have to be horror movies. Did you think just because I'm a Satanist body-horror noise-metal guy that I don't know how to have fun, that I don't have a heart? Shame on you.

The Dark Crystal was, I think, my introduction to the Weird. While most of us will remember it fondly, we may forget that it's a predominantly silent, slowly paced film about the death of a world by vulture-liches who suck the souls from unbearably cute mini-muppets and must be reunited with their dualistic opposites in order to regain their ascended form and avert existential doom. We have a classic hero's journey, but with very atypical aesthetics: snails and zombies, aliens and astrolabes. It infuses the world with a rare charm, showing that creativity applied in the right places can make the oldest stories vibrant.

It's a great example of the psychedelic gonzo tone of things like Dungeon Crawl Classics and those like it. You can take the familiar fantasy tropes, and with a fresh coat of paint from the unexpected and neglected, not only make it fresh but make it unforgettable. Use snail shells, have your villains eat little animals alive for their narcotic properties, make your god a sentient fungal colony. In a way they're shallow changes, but if you harness the archetypal associations you'll get a lot out of them. 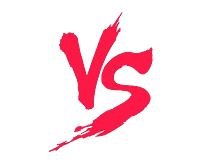 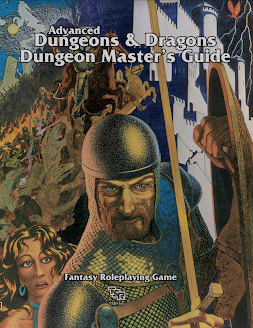