Showing posts from April, 2021
Show all

Essential Viewing for a Weird Campaign 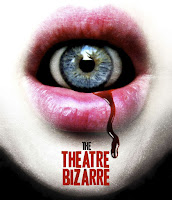 A good Ref takes inspiration from everywhere. Books, graphic novels, video games, movies, television. What's the canon? Where is the weird? We need an Appendix N. It's pretty hard to find many films that meet the standards of the type of games we try to run. To that end, I'm going to be doing a couple of posts about some movies that will give solid inspiration for atmosphere, aesthetics, creatures, and to a lesser degree, structure (because being a slave to structure is antithetical to good refereeing, particularly in the OSR). I will avoid spoilers without warning and give content warnings where appropriate. Every film comes with my recommendation. Of course, there is no way to begin a series like this without addressing the elephantine abomination in the torture room, the most obvious, perhaps even cliche choices of inspiration for a deadly, dark and weird game. The Obvious The VVitch by Robert Eggers This is one of a few films which will instantly be brought up
Post a Comment
Read more
More posts